Vitanova serves all age groups from the children of addicts as young as four years of age to seniors with the bulk of its clients being teens and young adults of both sexes.

Our day program clients come from every sort of background. Each year, we take a “snapshot” of them, to get an idea of what constitutes our average client at a particular point in time. Data collected reflects our on-going interest in what are called the social determinants of health: education, employment, housing, and so on. The highlights of a recent “snapshot” questionnaire are as follows:

Of our current clients—97% of whom are males with an average age of 31 years—the average client completed grade 10. Approximately half attended a post-secondary trade school or program for about two years, with only half of these completing a program. This is reflected in the percentage of those sampled who describe themselves as drop-outs (78%).  On the other hand, when asked to rate on a ten-point scale their odds of future success if they returned to school after completing their program at Vitanova, the average score was 8.6.

The average age at which our current clients first worked part-time was 13, and full-time, 17. They report they have been unemployed, on average, for more than a quarter of the last five years (60 months). Half were unemployed when they came to Vitanova (on average for over 12 months), with nearly two-thirds of those collecting Employment Insurance, for about the same length of time. Approximately half report that being unemployed was one reasons they came to Vitanova. When asked to rate their odds of future employment success after completing their program at Vitanova, the average score was 9.6.

Almost 15% of our current clients were self-employed before coming to Vitanova. According to this sub-set of respondents, 85% of their businesses are no longer operating. Asked to rate their chances of self-employment success after attending at Vitanova, the average score was 8.2.

Those who were referred to Vitanova, via an employee or union-member assistance plan, were asked to rate the importance of their recovery at Vitanova to continued full-time employment. The average score was 8.2

Of those clients sheltered on-site, over 21% were actually homeless at admission, 79% were at risk or threat of becoming homeless; 69% have a place to live after Vitanova (72% of those “permanently”, 22% “temporarily”, and 6% “uncertain”).  About 31% of our shelter clients will need help in finding affordable post-discharge housing, making them candidates for our transition program—where they continue to reside on-site while working to save first and last month’s rent. When asked to rate the importance of our transition program to securing permanent housing, the average score was 6.8

On average, clients have about $7,250 in savings, but about $17,500 in debts, with some owing money to illegal sources—on average $3,800. Thirty percent have owned their own homes, but only 15% do so now. Less than half have ever had any type of financial literacy training. When asked to rate the financial literary training offered at Vitanova, the average score was 6.1.

Over 90% of clients have been charged with a criminal offence or offences, on average nearly five separate times, with 44% having received Legal Aid services. When asked to rate the importance of their recovery to a crime-free life, the average score was 8.9. 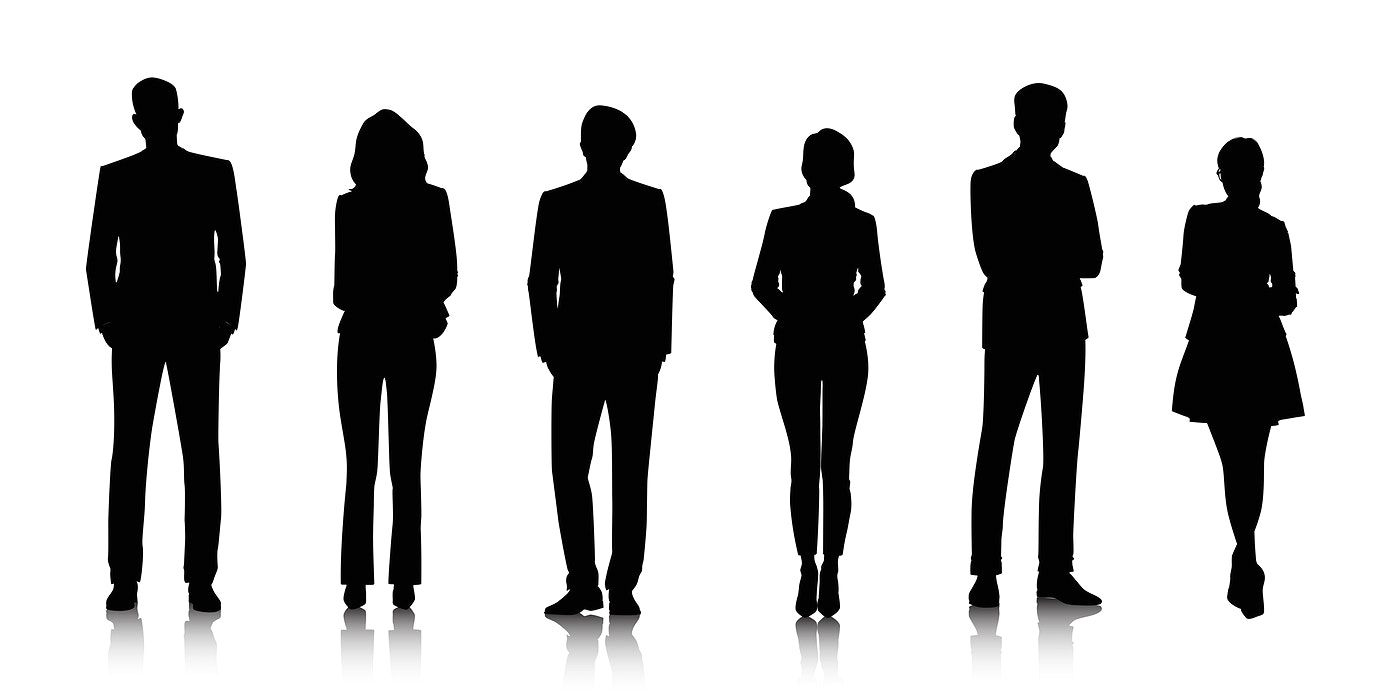 To be treated with dignity and respect as a unique person—with strengths, weaknesses, natural talents and learned skills; as the person whose welfare is at the heart of Vitanova

To that end every client of The Vitanova Foundation has the right:

As created by Vitanova clients at a workshop held in March 2014.

When you first come to Vitanova:

Remember that everyone has the right to be accepted, yourself included
Treat everyone with the respect with which you want to be treated
Put your trust in the process that lies ahead
Be honest with yourself and others
Work with other clients
Do not bully anyone
Respect this house
Be open to change
Be attentive
Be punctual
Be positive
Participate
Be patient

As you continue at Vitanova:

As your time at Vitanova nears its end:

The Vitanova Foundation strives to provide exceptional service to all of our clients.  However, there are times when clients may not be satisfied with the services received or a decision made by Vitanova.  Vitanova will ensure that clients have the opportunity to express complaints without concern for repercussions.  Vitanova will make every effort to resolve any and all complaints in a fair, respectful, and timely manner.

A “complaint” is a client or visitor’s concern that arises from actual or specific experience.  General complaints might be about:

If a client has a concern, and expresses it to a direct supervisor or a staff person, and the concern is clarified with the client to their satisfaction, it is not treated as a complaint. The resolution of a concern is achieved through open communication. Clients may express complaints to Vitanova through either an informal or formal complaint process. An informal resolution of the complaint is encouraged whenever possible before formal procedures are initiated.

Vitanova. New Life. Two simple words with such a vast significance. At some point in each of our lives the mere idea of a New Life was incomprehensible. To us and the many around us it seemed as if our shovels had dug deeper than our ladders allowed and that the rock bottom on which we sat was the only thing that separated us into the black abyss of death.
And yet somehow, some way, each of us ended up walking through those now familiar doors. Some of us were skeptical, some were even disdainful but there was a moment for each of us, when we sat down in a welcoming office, in front of a big oak desk and looked up to see the most calm, kind and comforting eyes looking right back. It was in that very moment that incomprehensible became the believable. And in that very moment that the seeds of our new lives sprouted into existence. And this is why Franca Carella is mother to us all. Franca, through you, we have learned what it means to be calm in the midst of chaos, to have faith when all others doubt, and to love when a reasonable person would be filled with fear. No you are not reasonable and personally, I often think you’re crazy and I love you, because the people who are crazy enough to think that they can change the world are the ones that do. From the bottom of each of our hearts, thank you, Franca, for everything.

TO WHOM IT MAY CONCERN:

My name is P.M. I am 41 years old, born in Sarnia, Ontario. My background is Greek and I grew up with Greek traditions. I grew up in an abusive home with a lot of yelling and fighting between my parents. I started to use drugs at a young age and fell in love with the feeling it left me. I didn’t have to deal with my problems in life or face my parent’s divorce. Between the ages of 14-40 years old my life was a blur. The only thing on my mind was to get high.
Yes there was period that I didn’t use but that didn’t last long. When I wasn’t high I didn’t know how to live my life. I was afraid to face the world and what it brought me. At one point in my life, at age 25, I got married and had children as I thought that would solve my drug problem but it didn’t. I neglected to be a husband and father to my family. I started to treat my wife and children the way my parents brought me up. My marriage didn’t last so that at age 30 old my addiction to drugs and alcohol took full control of my life. I started to break the law to get my fix of drugs. Of course, sooner or later I would be thrown in jail. Between the ages of 30-40 years old I was in and out of jail. I think in the last 10 years I was out on the streets no longer than 6 months. I felt suicidal and very depressed for how my life had turned out. At this point I had caused so much pain to myself and all my family, including my parents, my brother, and my sister, not to say my children that I haven’t seen in over 10 years. How can I cause so much destruction to those I love. This time sitting in jail my lawyer said to me…P., it’s time to get some help! I told him many times I could do it on my own but I failed. So I considered his advice and here I am at Vitanova which he recommended. The only place the court allowed me to go to was Vitanova. This place gave me a new life. I can’t explain the freedom I have after being here 5 months I have faced my fears and the pain that I caused others and what my parents did to me. Vitanova helped me to let go of any resentments I have and to accept the things I cannot change and gave me the courage to change the things I can. In 41 years I’ve never been free like I am today; The love this home gave me I’ve hadn’t felt in a long time. The best thing is I’ll always be a part of this home called Vitanova because of what it gave me I have to give back for the rest of my life. Vitanova saved me from death or the rest of my life in jail. I’m still paving my road and I’m still working on getting my children back in my life. I know even my worst day today is better than any other day I’ve ever had. My family is so proud of me and I’m proud of my accomplishments today. May God always bless Vitanova, the sweetest lady and Executive Director Franca Carella, all the counselors and staff and I pray Vitanova can continue to touch more lives that are suffering out there due to addictions.